Unlawful flight laws are vehicular offenses which penalize drivers for failing to stop, fleeing from police, or attempting to elude a law enforcement vehicle.

There are three types of stops that will be discussed here: 1) traffic stops that do not involve suspicion of a crime; 2) failure to stop or comply with a police signal or instruction; and 3) unlawful flight – fleeing or attempting to evade police.

If a driver is signaled by police to stop for a non-criminal traffic violation, they will usually receive a ticket and a fine. In Arizona these types of violations are not criminal offenses and do not expose a person to jail sentencing. An example of this would be failing to stop at a red light.

However criminal charges do apply if the traffic violation is criminal in nature such as driving at excessive speeds in violation of A.R.S. 28-701.

Failure to stop for police or a law enforcement vehicle is a class 2 misdemeanor under Arizona Law A.R.S. 28-1595. Under this statute a person can be found guilty of failing to stop if they know police have signaled them, and they fail to promptly pull over and bring their vehicle to a stop.

A.R.S. 28- 1595 also governs situations where a police officer gives a lawful order, or requests identity documentation, and the individual fails to comply with the request.

What are the penalties for failure to stop and felony flight?

According to Arizona criminal sentencing guidelines, a class 2 misdemeanor exposes a person to a maximum of 4 months in jail, up to $750.00 in fines, a criminal record, and other penalties ordered by the court.

A class 5 felony, for evading police calls for a sentencing range of .5 minimum to 2 years maximum prison terms, fines, fees, a felony criminal record and other penalties the court deems appropriate.

How does the state prove you refused to stop or fled police?

One important element that the state must prove in order to find someone guilty of failure to stop is that the driver must know they have been signaled to pull over, and then failed to do so.

To be found guilty of unlawful flight, the prosecution must prove that the driver willfully or tried to escape police. The state must also provide a showing that the vehicle driven by law enforcement was officially marked.

Does a routine police stop create probable cause for arrest?

No. Traffic violations are civil offenses. One example of a non-criminal offense for which police may stop a driver, is for running a red light. A person would not be subject to arrest or exposed to criminal penalties for this.

However, if the driver failed to pull over and stop after the police signaled them because they ran the red light, the officer would then have probable cause for arrest. This is the case even police did not suspect that the driver was engaged in a crime.

What are the consequences of failure to stop or unlawful flight?

Police can arrest a driver for failing to stop after they have lawfully signaled them to pull over, and for unlawful flight.

They will have probable cause for the arrest, even if the driver did not realize they were being signaled, and even if they were not trying to evade police.

In these cases, the driver will need to cooperate with police, accept the charges. The driver has the right to retain representation, and challenge the charges after the arrest.

There’s always a chance that a generous officer will hear a person out, and let them leave with a warning. But that is more the exception than the rule, especially if they are convinced that the person knowingly failed to stop, or tried to evade them.

Failing to stop promptly or evading police also increase the risks of serious or fatal auto accidents, and physical harm to the drivers, passengers, or others on the road.

What are some defenses for failing to stop and unlawful flight?

Below are 10 examples of defenses that can be used to challenge charges of failure to stop and unlawful flight:

This list is not all inclusive. Challenges to failure to stop and felony flight laws should be uniquely tailored to the circumstances of the case.

What should I do if I'm arrested for failing to stop or unlawful flight? 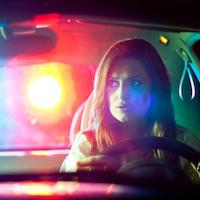 Once police have decided to give a driver a ticket or to arrest them, they usually do not change their minds. This means that anything the driver says or does to attempt to challenge the charges or arrest, will make matters worse.

The driver should try to remain calm, and refrain from arguing with the officer. When police feel threatened by a suspect, they may use force, and cause serious harm to the suspect.

Challenging the officer at the stop can also result in additional criminal charges for example, failure to comply with instructions, disorderly conduct, or aggravated assault on a police officer.

For these reasons it is important that you accept the charges peacefully, and consult an experienced criminal defense attorney as soon as possible to represent you to resolve them.

How can an attorney help me with my criminal charges in Mesa AZ?

Unlike civil charges, all vehicular crimes will expose a person to incarceration, a criminal record, and other harsh penalties.

Felony flight charges are particularly serious because they call for prison terms.

There may be good reasons why a driver failed to stop for police, or were perceived as attempting to flee from police.

Even though their actions may have been completely innocent, and charges unjustified, the driver will need to challenge the charges in court, or retain an experienced criminal defense representation to defend them.

It is important that a person retain a qualified criminal defense attorney to defend their charges. James Novak is a former prosecutor and experienced vehicle crimes criminal defense lawyer. If retained, he will be their voice and present their case in the criminal justice system. He will gather the evidence and work with the defendant closely to tailor the best defense strategy based on the facts of the incident. James Novak will work diligently to get the most favorable outcome to resolve the charges.

If you or someone you know has active criminal charges, in Mesa AZ or other Phoenix –East Valley cities contact or call James Novak of the Law Office of James Novak, PLLC at (480) 413 – 1499 today.