DUI Defense Attorney, Tempe AZWhy choose The Law Office of James Novak to Defend Your DUI Charges in Maricopa County
“Attorney James Novak, former DUI & Criminal Prosecutor, provides a strong defense for DUI charges in Maricopa County. He knows your rights, and protects them. He knows the law and will use it for your defense. His priority is your freedom and future. James Novak believes dismissals don’t just happen…They’re won.” 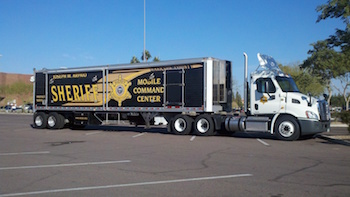 DUI laws and penalties in Arizona are harsh and ever changing. For this reason it is important to that you hire an experienced and effective attorney who primarily defends DUI charges and is a strong litigator.

James Novak has proven record as a successful DUI Defense Attorney and has a vast amount of litigation experience.

He is knowledgeable, and familiar with changing and strict DUI laws, the Court system, as well as precedent and higher court cases, that may impact an individual’s DUI charges.

James Novak is committed to providing a strong defense, as well as continuing educational DUI and Criminal Defense resources. He has written three Arizona DUI books in his “Winning DUI defense strategies.”

James Novak feels it is important that those who face impaired driving charges recognize that the police and prosecution will be a doing everything they can to build a case against you; and that you need a strong advocate who is exclusively defending you, protecting your rights, and looking out for your best interest.

James Novak will be your voice, and build a wall of protection between you and the police and prosecution, and build a strong defense on your behalf.

You need an attorney who will gather and examine all evidence available; protect your constitutional rights; and educate the judge, prosecutors, and or jury, regarding weaknesses in evidence, and your defense.

Often times the prosecution knows that certain evidence is weak; or that it was obtained unlawfully. But it is not their job to point it out to the judge or the court.

The prosecution and the judge may also be aware of lawful and procedural ways to mitigate charges, or punishments. But that is not their job either.

The Judge is not there to help defend your charges. Their role is to make sure court procedures are followed.

James Novak provides a powerful defense for all DUI offenses, whether it is a misdemeanor, or felony.

By hiring the Law Office of James Novak, you can rest assured that there is no guessing as to who will show up for your court appearances, file motions, obtain evidence, prepare your case for trial, negotiate with the prosecution and handle all other matters related to your Arizona DUI.

Law Office of James Novak defends clients charged with any kind of impaired driving offense in violation including but not limited to the following:

All impaired driving offenses in Arizona are brought as criminal charges. If you face any type of DUI it is important to that you hire an experienced criminal defense attorney to defend your charges and protect your rights.

Choosing a DUI Attorney is a very important decision, and it will have an overwhelming impact on the outcome of your case. You do not want an attorney who will just “show up” for your Court appearance and “hope for the best.” You need an attorney who will begin fighting for you immediately to get the best outcome of your case. You need someone who will make sure that the charges will have the least impact on your life as possible. You need an attorney who has spent a lot of time in litigation, knows the laws, the court system and knows and will defend you. James Novak is that Attorney. There is no substitute for experience.

A person will be in violation of Arizona’s DUI law A.R.S. 28-1381 if they found to be driving or in actual physical control of a vehicle while:

Even a first time Misdemeanor Drug or alcohol DUI charge will expose a driver to jail terms, criminal record, fines, fees, costs, assessments, mandatory substance abuse screening or treatment, suspension of driving privileges, and required use of an Ignition Interlock device on your vehicle.

A Felony DUI will expose a driver to prison terms, a felony criminal record, higher fines, loss of driving privileges for longer periods of time, and other more severe penalties.

When it comes to penalties, the higher the Blood Alcohol Content (BAC), the harsher the punishment. The same is true for repeat impaired driving convictions.

Your Rights during a DUI Investigation and after an Arrest

Under the 5th Amendment of the Constitution you are have the right to refrain from answering questions at a DUI stop related to where you have been, where you are going, what you have had to eat or drink, or whether or not you are under the influence of alcohol or drugs.

As difficult as it may seem at the time of the arrest, it is critical that you invoke your right to remain silent and cooperate with police.

Resisting arrest or arguing with police will only expose you to an increased risk of harm, and/or additional criminal charges.

If police conducted a breath test, blood tests, urine tests, or other chemical tests, you are entitled to a sample of each one conducted for your defense attorney. If the police do not offer it, you should request a sample be held for purposes of your defense.

Once the police have decided to make an arrest, whether it is justified or not, they usually do not change their mind. To resist will only make it more difficult for you.

The time to tell your story, and defend your charges will be through your attorney in the criminal justice system after the incident.

With regard to the civil proceedings involving suspension of your driver’s license, you have 15 days following your arrest to request a hearing with the Arizona MVD, unless the letter from the MVD specifies a different time allowance. You may be granted a temporary or limited license to drive if your license was valid at the time of the DUI for 30, 45, or more dates pending the resolution of your criminal case.

Though you may have been arrested for a DUI, this does not automatically mean you are guilty or will be convicted of the charges.

The arrest is just the beginning of the criminal justice process. You have the right to hire an attorney to defend your charges. It is important that you invoke your rights to this.

To go to court and plead guilty without a criminal defense attorney to represent you will result in a swift and harsh conviction. In this event there is no guarantee you will be treated fairly in this event, that your rights will be protected, or that your charges were justified, or that your punishment was unduly harsh.

You should in the least, consult an experienced DUI attorney who practices frequently in the city where you received the charges to discuss your options for defense and retention. 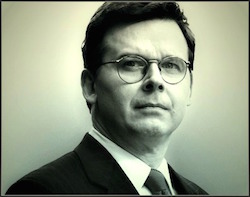 DUI Attorney James Novak is a former prosecutor in Maricopa County, and has provided exclusive criminal and DUI defense now for well over a decade.

If you have an outstanding warrant or active charges, in this service area, and do not presently have legal representation, James Novak will personally speak with you and provide you with a free initial consultation.

Attorney James Novak provides representation under premise that the client should know what they services are being provided in every phase of their case. He also believes the most favorable outcomes are derived from early retention, and opened lines of communication with his clients.

Depending on the circumstances of your case, you can expect James Novak to evaluate your case, and carry out the following work:

There may be defenses that you are not aware of that may apply to your circumstances. Each case presents its own unique set of circumstances. No one defense applies to every case.

For these reasons it is important that personal attention be provided to each situation, and be tailored for the individual.

James Novak’s guarantee is that he will personally handle your criminal case, treat you with the respect you deserve, protect your rights, and work hard to obtain the best possible outcome your case.

No attorney can guarantee an outcome in your case. But James Novak will work hard to obtain one of a number of favorable outcomes to resolve your case.

To obtain your free consultation, call (480), 413-1499 and speak directly with James Novak. You can also complete a contact form through this website, and include details regarding your case, and your request for a call back. All initial contact requests are treated confidentially and with high priority.

James Novak, of the Law Office of James Novak is here to help you get your life back on track, and prepared to defend.